A few weeks ago I had the opportunity to watch Maestra, a short documentary about the 1961 mass mobilisation to eradicate illiteracy in the early years of the Cuban revolution.1 It was a half hour well spent. In a way captured by few other documentaries, this short film shows how the Literacy Campaign was carried to a historically unprecedented success: within a year, Cuba’s rate of illiteracy went from 25% (42% in rural districts, and even higher among women) down to less than 4%. Not just that: it shows how the campaign became far, far more than just a Literacy Campaign. It became a central part of the revolutionary overturn of social relations in Cuban society, in other words, a true social revolution. 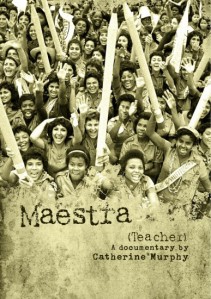 Maestra was made by Catherine Murphy and released in 2012.  Central to the film are interviews conducted from 2004 to 2010 with several women who had been participants in the Literacy Campaign as teenagers (and in one case, as an eight-year-old!) 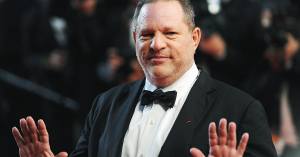 As I watched, it brought to mind some questions about the Harvey Weinstein and Larry Nassar scandals that have been discussed for many months now around the world: How it is that these monsters were able to get away with their abuse for so long? How is it possible that so many people knew about the abuse and did nothing to stop it? That even when women victimised by such abuse did speak up, it still continued? And – given that these were by no means the first such scandals – how can such abuse, and violence against women in general, be ended? The connection between the Weinstein scandal and the Cuban literacy campaign is just this: they both concern questions of the oppression of women in capitalist society, and how to change the social relations between men and women.

The whole idea of social relations is poorly understood in capitalist society, which recognises only relations between individuals.  Many people with whom I have discussed the Weinstein case conceive of social relations as the sum of individual relations: They put forward the idea that sexual abuse and violence against women will be ended when enough women gain the courage to speak out against their abuse, and enough men gain the courage to denounce abusers among their male friends. While I don’t deny for one minute the importance of individuals speaking out against such abuse, the Weinstein and Nassar cases demonstrate in a striking manner that individual actions of that kind were entirely insufficient. Women did speak out, named the abuser, and it was they who were punished for it, not the monster. Individual actions, even in very large numbers such as in the #MeToo campaign, are powerless to alter social relations.

Maestra gives a wonderful insight into how oppressive social relations can be overturned.

The Literacy Campaign was launched on 1 January 1961 – the second anniversary of the triumph of the revolutionary war against the Batista dictatorship – as the spearhead of the revolution’s Year of Education. It was a campaign for literacy and revolutionary education at the same time. The reading materials used to bring literacy also explained why farmers had to wash their hands, how to boil milk, how to make a sanitary bath, and the proposed land reform, among other things. 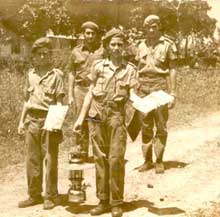 At the core of the campaign was a mobilisation of young people, especially high school students. The Cuban revolutionary leadership was itself remarkably youthful – Prime Minister Fidel Castro was in his early thirties in 1961, most of the other leaders of the July 26 Movement were several years younger than Fidel. Yet there were still many younger people who had had been too young to participate fully in the war to bring down Batista. The Literacy Campaign was an opportunity for these young people to actively advance the revolution. The response to the call for volunteers was huge: About 100,000 people aged 10-19 volunteered, mostly urban youth, who were organised into brigades that fanned out into the remotest corners of the countryside for the remainder of the year. (In addition, thousands of teachers were organised to support and administer the campaign, and thousands of factory workers taught their illiterate co-workers in lessons after work hours.)

Literacy lessons by the light of a kerosene lamp

One of the stated goals of the campaign was to begin to bridge the old divide between the toilers of town and country. The young brigadistas not only lived with the peasants they were teaching, but spent the day learning to work alongside them in the fields: the teaching was not all one-way. Lessons usually took place in peasant huts by the light of a kerosene lamp. Young people were able to confront and overcome the prejudices against illiterate peasants that had been deeply ingrained amongst their parents. It was the youthfulness of the brigadistas that was key to their success in the social revolution.

(How strikingly different all this was from the horrible events that unfolded in China a few years later, where in the name of “cultural revolution” the youth were mobilised, not to lead the older generation but to denounce, crush and destroy them, their own parents included. In China, ‘re-education’ by being ‘reassigned’ to remote rural districts was in fact the punishment of banishment, where courageous individuals who dared to raise criticisms were sent to isolate them from friends and family, with no hope of return.) 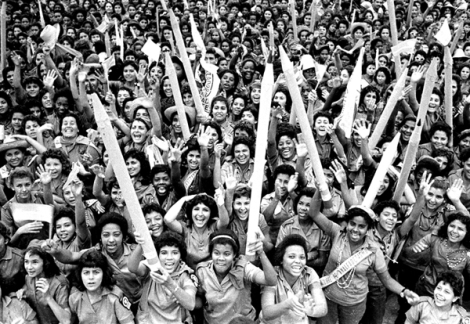 Out of the Literacy Campaign relations between the educated and the uneducated, between urban workers and rural peasants, between the older generation and the youth – whole layers and sectors of the Cuban population – were radically altered and the political demography of Cuba fundamentally and permanently changed. Above all, it was the relations between men and women that were transformed in ways that could hardly have been foreseen. The eradication of illiteracy was itself a blow for Affirmative Action and women’s equality, since illiteracy was disproportionately high among women. But the transformation went much further than that.

More than half of the young brigadistas were women, and it is this aspect that Maestra brings out so beautifully. It is difficult to imagine today just how narrow were the constraints on the lives of women in Cuba under the Batista dictatorship. All but excluded from the productive workforce, virtually the only paid employment available to urban women before 1959 was in retailing, tourism and domestic service – or prostitution. For women from bourgeois families, their youth was spent preparing for the gilded cage of marriage.

Through the very touching interviews in the movie, the women describe how they recognised in the literacy campaign a chance to escape this fate, and how they pounced on it. They explain how they overcame the prejudices and fears of their parents at the prospect of their daughters living outside the family circle for a year, and the dangers – both real and imagined – that they would face. Through this mobilisation these young women proved, permanently and beyond all doubt, their capacity to think and act independently. In doing so, they shattered the old relations of dependence of women on men. All the women interviewed make it clear that the campaign was a turning point in their lives, and for many of them, it was their greatest experience.

What made possible this transformation of a literacy campaign into a social revolution? Without a doubt, it was the political conquests of the revolutionary war of 1953-59, through which the workers and peasants won political power – classes with no class interest in maintaining the oppression of women, which on the contrary are strengthened by its elimination. Although it was the mobilisations of youth and women which propelled forward the social overturn, it goes without saying that none of that would have been possible without a revolutionary government committed to advance the interests of all the oppressed and exploited. 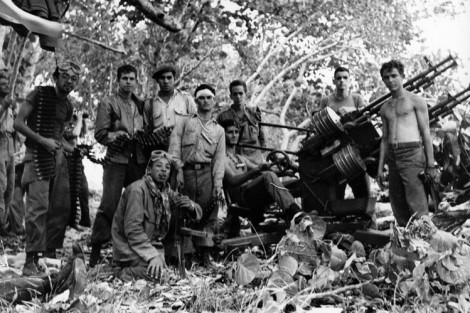 The literacy campaign was not the only social struggle under way at the time. The movie touches briefly on the military struggle to defend the revolution from imperialist invasion: the Bay of Pigs invasion took place just as the brigadistas were fanning out across the country. In some areas, the brigadistas themselves became targets of counter-revolutionary assassination and threats.

The Literacy Campaign also coincided with the opening of a thorough-going land reform, which broke the back of landlordism, gave land to those peasants who wished to work it on their own account, and created cooperatives and state farms out of the largest scale enterprises. The struggle for land reform cemented the alliance between the workers and peasants that was built under the light of the brigadistas’ kerosene lanterns. It has been a pillar of the Cuban revolution ever since. 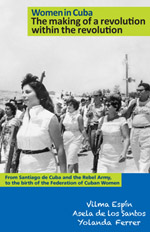 Women in Cuba – The making of a revolution within the revolution. Available from Pathfinder Press

Women played a leadership role in the Cuban revolution right from the earliest days. In Women in Cuba – The making of a revolution within the revolution,2 Vilma Espin, Asela de los Santos, and Yolanda Ferrer, three of these leaders, describe the struggle to build the Federation of Cuban Women (FMC). Espin and de los Santos had been involved in the revolutionary struggle from the time of the Moncada assault in 1953; Ferrer rose to leadership through the literacy campaign. The FMC was founded in 1960 – a few months before the launching of the Literacy Campaign – with the integration of women into the workforce as its central goal. It was one of the first mass political organisations arising out of the revolutionary victory (and in some rural areas, for many years it was the only leadership organisation). Among the programmes they organised were training schools for women who had been prostitutes or domestic servants, where they learned skills that got them placed as taxi drivers and bank workers, and child-care centres that would enable women with children to enter the paid workforce for the first time. It took major responsibility for the Literacy Campaign.

These women understood better than anyone that the fate of women in Cuba was inextricably tied to the fate of the struggle against Batista, and the defence of the revolutionary power, and they acted accordingly. History proved them right: within a few years they had succeeded in bringing about the deepest and most lasting change in the social relations between men and women of any country in the world.

In recent years, the Cuban revolution has been in retreat on many fronts, under conditions of prolonged isolation, mounting imperialist pressures, and the insidious side-effects of ‘market reforms.’ The unwelcome return of prostitution, eradicated for many years by the revolution, is a measure of how far this retreat has gone in the realm of social relations. Yet whatever the difficulties and reverses, I would stake my credibility on the contention that abuse of women of the Weinstein/Nassar type and scale would still be absolutely unthinkable in Cuba today. That is the difference a social revolution can make, even sixty years later.

One response to “What is a social revolution and how does it come about?”