In a vain effort to escape from the disgusting trivia of the New Zealand elections, I have been reading Hamburg at the Barricades, Larissa Reisner’s1 account of the failed German revolution of 1923.

Hamburg at the Barricades, by Larissa Reisner, translated and edited by Richard Chappell, Pluto Press, 1977

This book is not the place to learn about how and why that revolution failed. Those explanations must be sought at the level of leadership, where an inexperienced revolutionary party with only shallow roots in the mass movement, a party whose leadership had been gravely weakened by the assassination of its central leaders in 1919, made fatal errors of judgment and strategy in the heat of a revolutionary upsurge. (The best account of that story I am aware of is Pierre Broué’s book.)

Reisner’s book is the story of what happened in the streets of the cities where the proletariat took the fateful decision to make a bid for power. In Hamburg they succeeded: virtually unarmed workers, by careful planning, stealth and surprise, and limitless revolutionary boldness, took over the police stations and armed themselves with police weapons, drove back the Reichswehr troops sent to crush them, and held the city. Only when the news came through that the rising had been defeated in other cities, and that still others had not risen up at all, did the workers’ leaders in Hamburg make the agonising but necessary decision to retreat. Incredibly, the retreat was also carried out in good order, with minimal losses on the workers side. It is for that reason, Reisner comments, that the stories of Hamburg have been kept alive, where more commonly in situations like this, the bloody reprisals succeed in erasing the historical memory along with the leaders themselves.

Born into the German-speaking ruling class of Lithuania (at that time part of the Russian empire) Reisner turned her back on that class and came over to the Russian revolution, joining the Bolshevik Party in 1918 as the civil war was raging. She became a volunteer in the Red Navy, which made use of the broad rivers in Russia to penetrate far into the territories occupied by the counterrevolutionary White armies. Reisner undertook extremely perilous reconnaissance and espionage missions for the Red Army on horseback. One of these resulted in her being taken captive by the enemy: she avoided almost certain death – had they discovered her identity – by making a run for it when she was left unguarded for a moment.

She took an active part in some of the key battles of the civil war, including the defence of Svyazhsk. The dogged defenders of the little railhead of Svyazhsk held out against overwhelming odds in a White assault, and it became the rallying point for the re-capture of Kazan from the White army of Admiral Kolchak; the moment when the Kolchak’s advance towards the industrial heartland and Moscow was halted and turned back. Reisner’s short but epic account of that battle has been translated into English (and can be found here.) Permeated with the Bolshevik spirit, it became one of the most popular pieces of literature in the revolutionary Soviet Union. After the end of the civil war, Reisner served in the Soviet diplomatic corps in Afghanistan. With the opening of a revolutionary crisis in Germany, Reisner traveled there to report of the situation. She had lived in Germany as a child for several years, when her family fled there to escape persecution because of her parents’ socialist politics.

Reading her book about Germany reminds me what a great loss it was, both for the Russian revolution and for world literature, when the great warrior and writer Larissa Reisner died at the age of 26. Having having cheated death many times during the civil war, including at Svyazhsk, where losses were high and death was a daily reality, she died of typhus in the relative safety of the city of Moscow in 1926. 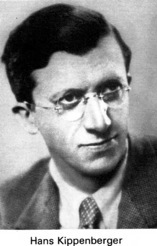 But in all likelihood, she would not have survived many years longer anyway. By 1926 revolutionaries of the character of Larissa Reisner were already isolated and persecuted. Within little more than a decade, virtually her entire generation of revolutionaries had been wiped out by the Stalinist counterrevolution. Of the comrades who carried the casket at her funeral, four had been executed or had died in the Gulag camps for political prisoners by 1936. The same fate awaited Hans Kippenberger, one of the heroes of the Hamburg rising, when he sought refuge in the Soviet Union following the triumph of fascism in Germany. 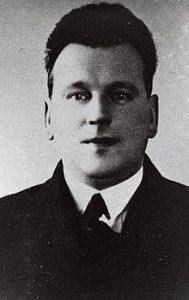 Her companion during the civil war, Fyodor Raskolnikov, wrote a bitter “Open letter to Stalin” – and was murdered in France in 1937.

Reisner writes in a poetic style, whether she is describing starvation among the unemployed workers of Berlin, or a visit to the zoo by a child of the privileged, bourgeoisified Social Democratic workers. (The elephant was also on the point of death by starvation).

Here, by way of introduction to the book, is her description of the city of Hamburg on the eve of the uprising.

Hamburg lies on the shore of the North Sea like a big wet fish lifted still quivering from the water.

Eternal fogs settle down on the pointed scaly roofs of its houses. Not one day remains true to its capricious, pale, windy morning. With the tide’s ebb and flow there follow in succession damp, mildness, sunshine, the grey cold of the open sea and the interminable relentless rain that drenches the glistening asphalt like someone standing on the foreshore picking up an old ship’s bucket – the kind used for bailing out leaky boats that choke with water in a heavy swell – and swilling it over gay Hamburg; Hamburg, as impermeable as a pilot’s oilskins, steaming with moisture, reeking like a seamen’s pipe, charred with the fires of the dockside bars yet standing firm under the torrential rain with legs set wide apart as if on deck, planted on the right and left banks of the Elbe.

All along the shores of this marvellous industrial inlet, nature has been universally eradicated like some prejudice left out of our life by the eighteenth century. Not an inch of ground left bare. Over a stretch of twenty or so miles are two trees, more resembling masts after a fire at sea than the useless living things they are: the one on the jetty is hunched up like an old woman walking against the wind on to whose thick woollen stockings and shivering legs the wind tosses shreds of angry foam; the other is at the offices of Hamburg’s greatest shipyards, Blohm and Voss.

This one stays up out of fear; beneath it is a disgusting black canal into which factory waste flows from gaping pipes like inky vomit. A bridge, the guard’s cabin and, on the opposite bank in the pale light of five o’clock in the morning, nothing but the shining windows of invisible blocks without walls or roofs in row after row up above the whole harbour, reaching out with their electricity to touch the very dawn.

But the greatest of all these wonders, and the shapeliest forms in this realm of shapely metal, are the light shadowy jibs of the world’s largest cranes that arch over the harbour. Lying at their feet like toys are transatlantic liners, fully fitted-out with their illuminated rows of portholes and hideous parts below the water-line…

Here they are working three shifts, convulsively and ruthlessly.

Here, by wringing out the workers like wet washing, the German bourgeoisie is making its last futile attempts to surmount the crisis that paralyses it: building, creating new values and populating the oceans with its black-funneled white ships from whose sterns flutter the old imperial black-white-red banners with scarcely noticeable republican pock-marks on one of their fields.

Armies and legions of workers are employed in these shipyards, on loading and unloading the ships, in the innumerable engineering, oil-refining and chemical plants, the several large-scale manufacturing works and vast industrial installations that cover Hamburg’s rear, that marshy, sandy hinterland, with an unbroken crust of concrete and steel.

The Elbe, this ancient, dirty, warm-watered coaching-yard for sea-tramps, is continually extending and building on to its concrete backyards.

Here the sea-horses throw down their baggage, gulp down oil and coal and get cleaned and washed while their captains give in their bribes at the customs, touch up the bills and have a shave before going home with their families; meanwhile the crews go off and get nabbed en masse in St Pauli; a quarter for bars, gangs, ready-made dresses, pawnshops where the same garish, shoddily-made expensive dress can be lodged for half its price and finally the most astounding brothels. Ever since medieval times the back streets of the St Pauli neighbourhood have been screened off from the city by strong iron gates open only at night. They are finely wrought with every conceivable device and whimsical detail, proudly decorated with the emblems and insignia of the craft’s guild. In the evenings a lighted window opens up in every door that gives onto a back street and there, on display, smiling into the endless rainy darkness, are the queens of the seamen’s paradises. They wear low-cut dresses, drawn in at the waist and trimmed with spangles and feathers, dresses in which the fashions from the end of last century have survived to the present, as on sweet-wrappers and in the imagination of woman-starved seamen, and have always thought to embody the supreme joy of living.

This line of living meat is sold with the utmost simplicity. Customers pass from window to window, examine the goods on display and disappear inside only to fly out into the road a short while later growling and cursing: St Pauli’s doorkeepers are renowned for their muscle.

All languages echo and all nations mingle in the little taverns of this district. They are famed for their savage wit, egg grog and a total immunity from police intervention…

At four or five o’clock in the morning the lumpen-proletariat is asleep, wherever that might be, or is being forwarded on to the police station.

At a quarter to six, still by the light of electricity, the first high tide of workers begins. Above the tramlines a railway hangs in the darkness and above that the short gleaming ribbons of the electric trains: all these thrust onto the pavement an army of dockers, hundreds of thousands of workers and hundreds and thousands more unemployed who besiege the wharves in hope of some casual employment. … They pour into the industrial city over four bridges. Troops and police keep a sharp eyes to see that not one ‘civvie’ penetrates the industrial islands… But neither the bridges nor the hundreds of steamers that play their lamps and searchlights upon the river suffice for the dense surge of the morning shift. A bright dry tube that pumps legions of workers across from shore to shore every morning and evening has been laid deep beneath the Elbe’s waters.

At each end of the tunnel elephantine lifts raise and lower this human torrent to and from the concrete exits. They move, these two lifts, screeching in their screw-like towers like two shovels unceasingly stoking living fuel into hundreds of furnace-like factories. Out of this forge came the Hamburg Rising.

Note 1: Larissa Reisner’s surname was German in origin but written in Cyrillic alphabet. In rendering her name in the Roman alphabet, some translators spell it Reisner, others spell it Reissner, as it would have been translated directly from the German. For this reason, if you are searching online for materials about her, you need to use both versions.

4 responses to “Larissa Reisner and the German revolution of 1923”